ONE DAY TO GO!

Tomorrow will be my final day of biking across the United States.  I plan three more posts: 1) Today’s (8/16) commentary and photos will be posted in the next several days, 2) Tomorrow’s final day commentary and photos posted in the next several days and 3) A final post with my thoughts about the entire tour as well as my favorite photos posted after I return from my vacation with Nancy on August 26th.

It has been a wonderful experience.  I’ll have much more to say later.  Hope you have enjoyed my blog so far.

Beautiful scenery, overcast weather, long climb, long downhill.  Hard to believe that I only have two more days of riding after today and I touch the Atlantic Ocean and kiss my wife (not necessarily in that order).

One of our first views of New Hampshire (near Haverhill) which we entered this morning.

Another view on our route near Haverhill, NH.

Steve & Sharon on today’s long and gradual climb (compared to yesterday’s climb to the Middlebury Gap) to the pass where the Appalachian Trail crossed the road.

Another view of Sharon and Steve on the climb to the Appalachain Trail. 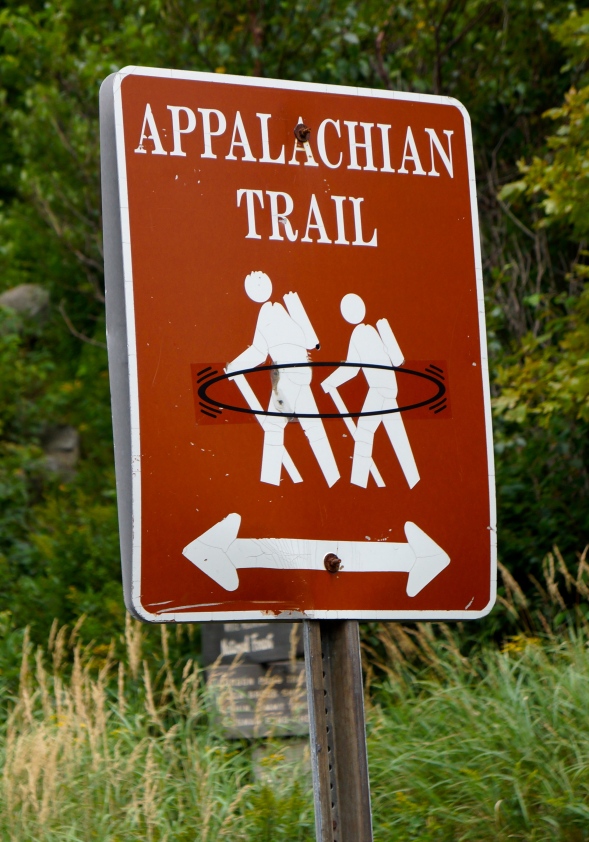 Appalachian Trail Marker at the top of the pass . When we arrived we found a dozen college age hikers resting or hitchhiking the six miles into town. One group of six hikers told me that they had been hiking the Appalachian since February when they started in Georgia and were going to complete the trip in September.

View on the six mile downhill ride from the Appalachian Trail to the town of Lincoln, NH. 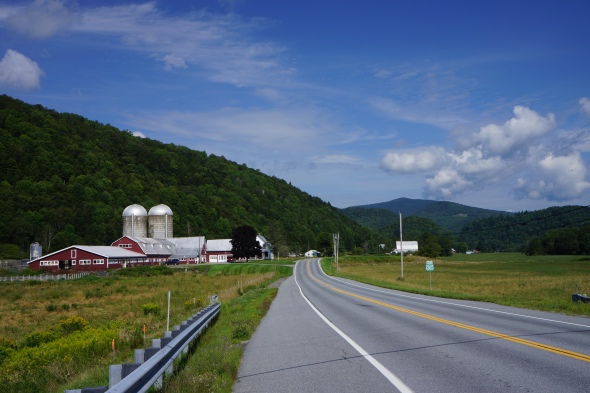 View of a valley in Vermont that we traveled today.

The climb from Middlebury to Middlebury Gap may have been the most difficult climb of the entire trip.  It was not the elevation gain (about 1,600 feet), but the grade (several miles at 11% to 14%) and road surface (new rough pavement). Glad it came at the end of the trip.

A highlight of the ride was traveling through the campus of the Bread Load School of English (see photos) where Robert Frost taught.  The scenery was beautiful for the entire route today, but did include some heavily travels roads.

View of our climb up Route 125 to the Middlebury Gap. 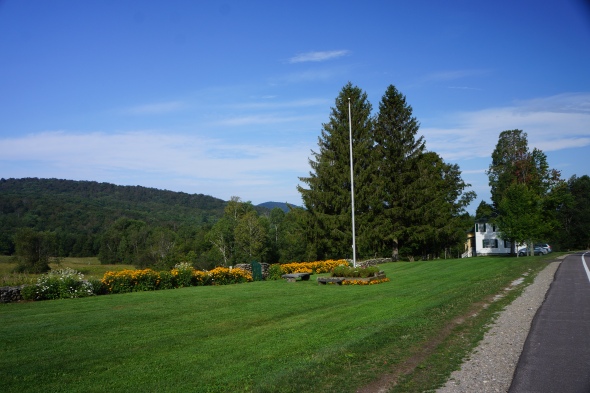 Another view of the campus of Bread Loaf School of English.

Robert and Doug on the route today. 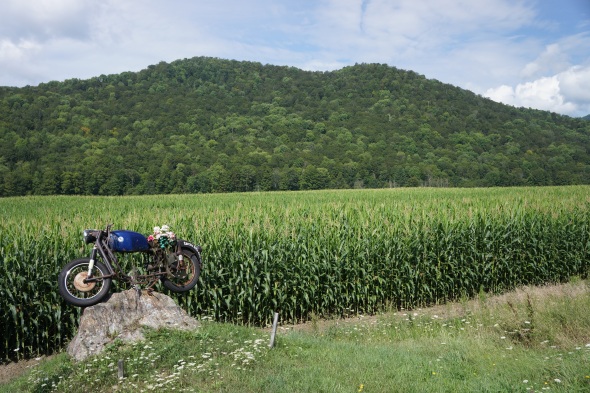 I stopped to take this photo of a strange monument, an antique motorcycle mounted on a rock. A man from a house across the street from it called me over to explain it. A good friend who was a BMW motorcycle mechanic died in his sleep several years ago when he was 50. In his honor his friends took one of his motorcycles and mounted it on the side of the road as a memorial to him. 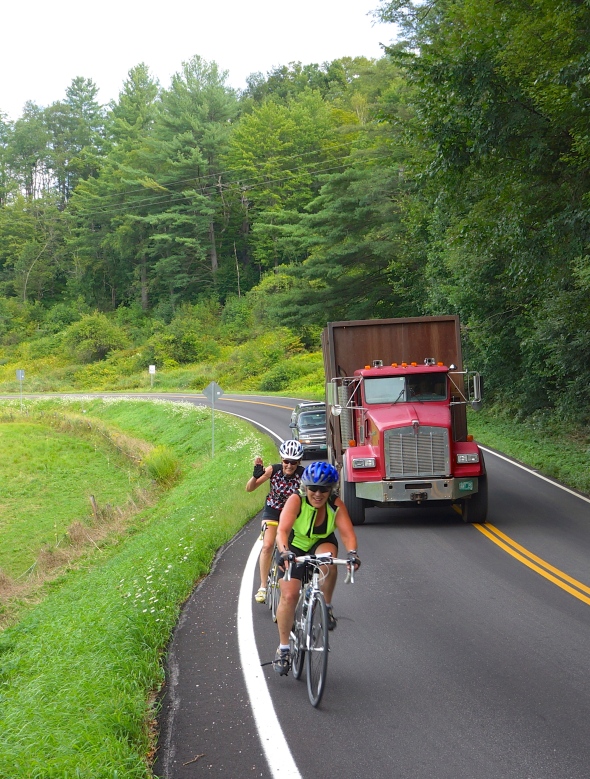 View of four of our bikers climbing a hill near Royalton, VT. 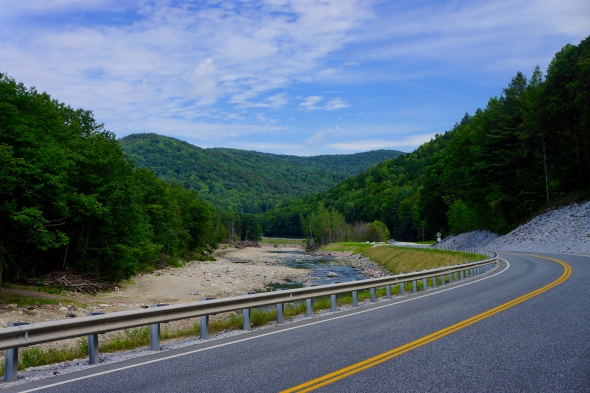 View of the road we climbed out of South Royalton, VT.

View of the final miles into White River Junction, VT.